Current conditions as of 22 Oct 09:59 am CDT
Today
Showers likely, mainly before 1pm. Cloudy, then gradually becoming mostly sunny, with a high near 50. Calm wind becoming east southeast around 5 mph. Chance of precipitation is 70%. New precipitation amounts of less than a tenth of an inch possible.
Tonight
Widespread frost, mainly after 1am. Otherwise, mostly clear, with a low around 31. Calm wind becoming east northeast around 5 mph after midnight.
Saturday
Widespread frost, mainly before 9am. Otherwise, mostly sunny, with a high near 53. East southeast wind 5 to 15 mph.
Weather forecast provided by weather.gov.
Search
Main Navigation

"Every child is an artist. The problem is how to remain an artist once we grow up." -Picasso 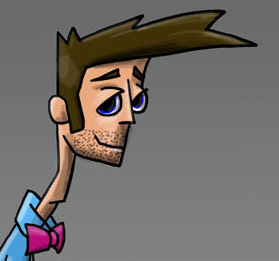 Welcome to the Central Lyon Art Room! The goal for students taking an Art class is to learn the basics of visual expression and develop their creativity through a variety of concepts and processes. Learning from past masters and current movements, students are encouraged to find their individual voices, tailoring each project to . . .

The Central Lyon Art Room has created a Digital Gallery using the Instagram App. Search " centrallyonart " on Instagram to find our page with updates of student's work as it is completed, or click on the link to . . .

The High School Art Room is on social media! Check out Instagram and search Central Lyon Art or follow this  link !